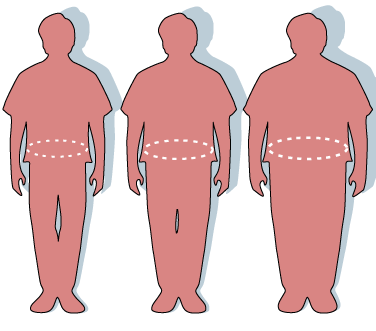 There is a silent killer lurking around every street corner and hiding in every home. It lures people into its trap. It attacks multiple times a day. Nobody suspects a thing until it’s too late.

A sister and brother hop off the bus and trudge their heavy bags back to the house. Their parents get home from a long day of work a few hours later. Fatigue fills their drooping eyes and their faces are filled with the stress of the day.  Neither of the parents have the will power to cook a meal. The kids each have loads of homework to finish. There is no time to cook dinner. The family decides to go get fast food. They drive up to the drive-thru window to order their meal. Two double bacon cheeseburgers, french-fries, and two large sodas. Two 10 piece chicken nuggets with french-fries, and two large sodas.  The boy scarfs down his meal like an angry bear. The girl drinks her entire large soda. The parents finish their grease drenched meals. On the way home they stop to grab some quick ice cream.  Four large cones with chocolate brownie fudge ice cream. This seems completely harmless right? Wrong.

Obesity is a serious problem in the United States. There are many health risks involved with obesity. Some of the many risks include diabetes, high blood pressure, and high cholesterol, but the health risks aren’t just limited to heart disease. Obesity can cause musculoskeletal disorders like osteoarthritis and some cancers like colon and breast cancer.

Adults also aren’t the only ones in danger of becoming obese. Experts have agreed that children who are considered overweight now have a higher chance of becoming obese as adults. This will eventually pile on even more possible health complications like joint disease and sleep apnea. Physical health isn’t the only thing at stake. Psychological problems like depression, anxiety, and low self-esteem have all been effects of obesity in young people (Storace). This suggests that even children, teens, and young adults have to lead healthier lifestyles.

“Obesity is controllable. Just eat more fruits and vegetables and exercise more. Pass on the soda and fast food. Eat real food and read the labels. Try to avoid prepackaged, processed food,” says Lisa Toole, a mom who leads a healthy lifestyle and wants to get others on board with being healthy.

So when processed, high fat foods catch the eye, walk away and say no. Set a good example for others and help them learn about why and how they should be healthy. Don’t give in to the numerous temptations that control our lives. Make smart, healthy decisions.